Bhubaneswar: The result of by-election to Brajrajnagar Assembly
constituency in Jharsuguda district will be out tomorrow.

Speaking about the preparedness made for the counting, Chief Electoral
Officer (CEO) Sushil Kumar Lohani on Thursday said the counting of
postal ballots at Jharsuguda Engineering College will start first at 8
AM and of EVMs at 8.30 AM.

A counting assistant, a counting supervisor and a micro observer have
been allotted in each table. In total, 60 counting personnel will be
deployed for the counting, he said.

Besides, a three-tier security arrangement will be in place at the
counting centre, he said.

Security personnel including CRPF, State Armed Police and District
Executive Force will be there at the counting centre to prevent any
untoward incident during the counting process, said Jharsuguda SP
Rahul Jain.

The fate of 11 candidates will be decided tomorrow. The BJD fielded
Alaka Mohanty as its candidate in Brajranjnagar assembly segment,
while the BJP nominated former MLA Radharani Panda. Ex-assembly
speaker Kishore Patel is contesting the by-election on a Congress
ticket.

The by-poll was necessitated following the untimely demise of BJD’s
Kishore Mohanty’s in last December. 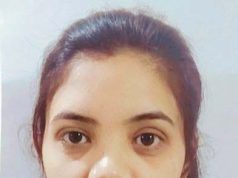 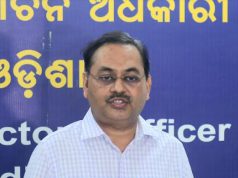 Tathya Correspondent - January 21, 2022 0
Bhubaneswar: The State Election Commission (SEC) is taking all steps for smooth conduct of the Urban Poll soon after the Panchayat elections...