The Election Commission of India (ECI) on Monday announced that bypolls for Brajarajnagar Assembly constituency will be held on May 31.

The bypoll result will be declared on June 3 following counting of the votes, ECI said.

According to the notification issued by the Commission, formal notification for the bypoll will be issued on May 4 while the last date of submission of nomination is May 11. On May 12, the nominations will be scrutinised and the candidates are allowed to withdraw their candidature by May 17.

The by-poll is a necessity following the demise of Brajarajnagar MLA from BJD Kishore Kumar Mohanty. Mr.Mohanty had died following cardiac arrest on December 30 last year. He was 63.

With the issuance of notification, all three major political parties, BJD, BJP and Congress have started exercises to pick suitable candidates for the lone seat.

The ruling party is likely to file later MLA Kishore Mohanty’s widow for the seat. 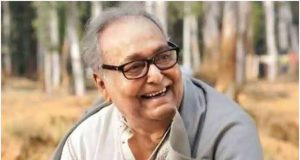