New Delhi: Renewing their old demand, the BJP Parliamentarians from Odisha on Thursday met Union Health Minister Mansukh Mandaviya here and urged to put pressure on the Odisha Government for implementation of the Ayushman Bharat scheme in the State.

Almost all the states in the country irrespective of political parties are utilizing the Central Government health scheme to benefit the people except Odisha and few others, denying the benefits of this well-crafted universal health scheme by the Union of India to citizens in Odisha, the MPs said in their memo.

The dwindling healthcare scenario of Odisha coupled with absence of AB-PMJAY is a major bane for Odia people living in the state and outside the State, they said.

The Rural Health Statistics 2021 reveals that doctor vacancies in PHCs stand close to 31 percent. Acute shortage of medical staff and those in administrative positions are languishing in the state. Per Capita availability of Doctors and Hospital Bed are also one of the lowest in the country, the MPs said.

The BJP Lawmakers pointed out that Odisha has been ranked 14th for Overall health performance among 19 large states in 2019-20, which is lower than nearby states like Jharkhand and Chhattisgarh.

Since 2014, Odisha has been one of the worst performers in Neonatal Mortality Rate, Maternal Mortality, Anemia amongst adolescents and women and child malnourishment.

On State Government’s Biju Swasthya Kalyan Yojna (BSKY), they said the scheme has limitation to cater to the tertiary healthcare needs of Odia people as it doesn’t have a pan India portability/admissibility, enough number of empanelled hospitals, robust and fraud free claim settlement process.

Despite having the State Health Insurance Scheme, most of the patients are refused admissions into private hospitals even in the State citing non availability of bed.

Also, Odisha is prone to distress migration which forces nearly 33.45 Percent of families in Rural Odisha to migrate to other states in search of work. An estimated population of 1 crore Odias live outside the state for their livelihood, the MPs pointed out.

Stating Ayushman Bharat, the world’s largest healthcare programme is a game changer and an opportunity to serve the poor, the State BJP MPs said, “In the larger interest of people of Odisha, especially the State’s huge migrant worker population, we request you to kindly intervene and pursue Government of Odisha to opt for Ayushman Bharat Scheme.” 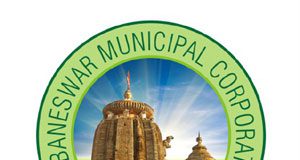 Tathya Correspondent - January 6, 2022 0
Bhubaneswar: Amid rapid increase in Covid cases in the State and especially capital city Bhubaneswar, RTPCR test has been made mandatory for...