Puri: It seems BJP is divided over Shree Jagannath Corridor Project, which has turned out as a burning issue in the State.

While leaders of BJP went on to demand to stop construction of the Heritage Corridor Project in Puri in the prohibited zone of Shree Jagannath Temple here for not having required permission from the ASI, local party MLA Jayant Sarangi Thursday said the work should be completed as soon as possible.

Mr.Sarangi’s statement in this regard came a day after BJP’s national spokesperson Sambit Patra’s demand to stop work in the prohibited zone which is being carried out by the state government without having the valid permission of the competent authority, the Archeological Survey of India (ASI).

Dr.Patra, who unsuccessfully contested from Puri Lok Sabha seat in 2019, on Wednesday strongly criticized the state’s BJD government and accused it of undertaking heritage corridor project work in an “illegal” manner. He too blamed Puri’s MP Pinaki Mishra for making a “misleading” statement on the heritage corridor project in the Parliament, a charge denied by the BJDD law maker.

Earlier Bhubanesswar MP and senior BJP leader Aparajita Sarangi has also demanded immediate stop work of the heritage corridor project after ASI informed the Orissa High Court that it had not given any permission to undertake construction work in the restricted zone of the 12th century shrine.

However, in a press conference here, Puri MLA Mr.Sarangi said he was not opposed to any development works. “It is better before the temple as well for the temple to complete the work without further delay. I also urge parties and people not to politicize the corridor project issue.”

Stating that he was first to raise the heritage corridor issue in the Assembly, the Puri MLA said a House committee headed by the Assembly speaker has been formed to look into the matter. Besides, the matter is under consideration of the Orissa High Court, he added.

Noting that ASI’s stand on heritage corridor has delayed the project, the MLA said: “If it is not completed before monsoon, people of the pilgrim town would face a lot of problems in their daily activities due to the deep pits dug up around the temple for construction of different facilities”.

Mr.Sarangi said that he was in support of the project from the beginning. He appealed to both state and Central governments to work in coordination with each other to complete the works before the rainy season.

The BJP MLA has also sought Prime Minister Narendra Modi’s intervention to save the temple. “Whatever has been damaged cannot be brought back to its original form. The government must ensure there’s no further damage to the structures”.

Asked whether he was supporting demolition of several mutt near the temple, Mr.Sarangi said: “What can I do when Mutt heads and others come forward to donate the land for the project.”

However, Mr.Sarangi was confronted by the media for issuing different statements during the last three days.

On May 10, 2022, Mr.Sarangi said, “No one is happy with the heritage corridor project. All have parted their land for the project out of compulsion.”

Next day on May 11, he changed his version and said that the Prime Minister should intervene in the controversy and resolve the row.

Now on May 12, the same lawmaker says that he wants the work to be completed soon.

“I have replied to the media according to their questions in all the three days. From the beginning, I have been supporting the project,” he made his stand clear not notwithstanding what his senior party leaders demanded.

Mr.Sarangi claimed that after he was elected as Puri MLA, several developmental projects including two market complexes, Shri Jagannath Medical College, Siddha Mahavir railway overbridge, modernization of Swaragadwar, indoor stadium and town hall have been taken up in the last three years.

However, none of these projects have faced opposition from any quarters except the Puri Heritage Corridor project. 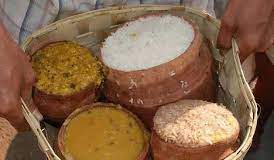 Tathya Correspondent - July 14, 2021 0
Puri: The Shree Jagannath Temple Administration (SJTA) has made all necessary arrangements for the smooth serving of Adapa  Abhada of Lord Jagannath...