Bhubaneswar: Immediately after the Election Commission of India (ECI) announced a fresh date for the bye-poll for the Pipili Assembly segment, BJP’s Ashrit Patnaik and saffron lawmaker from Brahmagiri, Lalitendu Bidyadhar Mohapatra claimed that the saffron party was all prepared for the crucial elections.

The poll will be held ahead of the series of elections such as rural and urban elections in 2022 and then the general elections for Lok Sabha and State Assembly in 2024. It is a fact that the BJP candidate for the Pipili bye-poll Ashrit Patnaik has been working overtime ever since he filed nomination papers.

However, is the BJP as a party prepared to face the mighty Biju Janata Dal headed by Naveen Patnaik? The question is raised in the political circle, particularly after Prime Minister Narendra Modi reshuffled and expanded his council of ministers at the centre. Three MPs from Odisha were inducted in the Union Ministry and one MP was dropped.

Though the new Railway, IT and Communications Minister Ashiwini Vaishnaw had a remarkable Jan Ashriwad Jatra in the KBK region of the state, his political activities in Odisha were minimal. The bureaucrat-turned-politician is yet to establish his leadership acumen in the state BJP. Therefore, three ministerial berths out of 9 MPs of Odisha, might not be a game changer for the party.

BJP has only one popular leader Dharmendra Pradhan, who has been looking after the entire party in the state though Samir Mohanty continued to remain as the party’s State President. Many people in the party including BJP President J P Nadda and veteran Union Minister Amit Shah must be aware that most of the Lok Sabha Members and a lone Rajya Sabha MP from Odisha, do not pull on well with Mr.Pradhan, who is engrossed in party work for the last seven years without any break.

Baijayant Panda was made the BJP’s national Vice-President while Suresh Pujari is a national General Secretary and Aparajita, national spokesperson. However, all the senior leaders have differences among themselves. As Mr.Pradhan has been at the helm of the party, other senior party leaders prefer not to poke their nose in the party affairs. Even the senior most leader Bijay Mohapatra has been sitting idle at home as BJP does not utilize his acumen and experience.

Under such circumstances, can BJP face the BJD which has a robust political mechanism and is headed by the state’s most popular leader Naveen Patnaik? The BJD supremo monitors all the activities and assigns responsibilities to party leaders. Naveen is a hard task master and never makes mistakes, providing all logistic support required to win elections.

While a group of leaders are already assigned to look after the party interest in the urban polls, another set of people do the same duty for the rural polls. A victory in the three-tier Panchayat polls is a prestige issue for Naveen as his party had lost many seats in the Zilla Parishad elections to BJP in 2017.

Naveen has sent a clear message that he does not tolerate insults at personal or political level. Therefore, this time round, the BJD would deploy all its potentials to ensure that the BJP remains within its limits. Therefore, things appear uphill for the saffron party, which recently came a cropper in the West Bengal assembly elections. Odisha’s Panchayat elections will be a barometer for the next general elections, the political analysts say. The BJP performed well in the 2017 rural polls and its impact was seen both in the State Assembly and Lok Sabha elections in 2019.

In BJD, Naveen has taken the responsibility and he is also accountable to the party for the victory or defeat in any elections, be its Pipili bypoll, panchayat elections or urban polls. The importance of Pranab Prakash Das nee Bobby is significant in BJD because he executes most of the plans and brings success for Naveen in different elections. However, who is accountable for the victory or the defeat in BJP? Is it Dharmendra Pradhan? Many senior state level leaders in the BJP may not be in harmony with Dharmendra Pradhan and the absence of proper coordination among them is obvious.

To ensure BJP’s success, central high command should convene a meeting of all senior state leaders and assign them with specific responsibilities. Some people in BJP also circulate the idea of appointing zonal leaders. The idea of collective leadership is also making rounds in the BJP. It is said that BJP lacks unified command and therefore, it was suffering at the polls.

If the BJP is sincere, and really wants to defeat Naveen, its leaders need to shun differences and come together and fight jointly. As there is no such leader to match Naveen in terms of popularity and image, the BJP as a party must draw collective energy from all its leaders to face the BJD. Naveen is a formidable leader who has not lost any election he fought.

Political analysts say that Naveen has learnt a lesson from his legendary father Biju Patnaik’s defeat in 1995 general elections at the height of popularity. Despite being an undisputed leader of Odisha as Naveen is today, Biju Patnaik lost to JB Patnaik’s machinations in the elections. Since then, Naveen realised that great popularity was not enough, the party must prepare in earnest to win polls. And he has been adopting the same strategy even today. A rigorous preparation that soldiers undergo before a battle is inevitable, which BJP grossly lacks.

Besides, Naveen occupies the hearts of millions of people in the state, and women empowerment is his biggest ammunition to defeat rivals. Therefore, the BJP instead of making noise over issues and holding press conferences on a daily basis, should accumulate the energy and prepare strategically. Otherwise, no one would be surprised if BJP makes itself a laughing stock in Odisha close on the heels of the Bengal debacle. 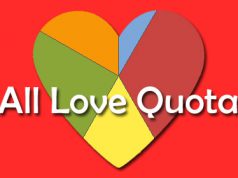 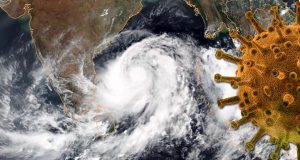