Opposition BJP on Monday walked out the all-party meeting convened here by Speaker Surjya Narayan Patro protesting denial of permission to allow two other MLAs to participate in place of the Leader of Opposition Pradeep Kumar Naik, who is yet to fully recover from COVID-19.

Alleging that the BJP was not being properly treated as the state’s principal opposition party in the House, Bishnu Charan Sethi, the Deputy Leader in the Assembly, said the Speaker during the previous session had assured him to take some other member in place of the Leader of Opposition. “However, he denied permission today and therefore, I walked out of the meeting in protest,” he said.

Mr.Sethi further said that as suggested by the Speaker during the last meeting, the party office had written a letter about five days ago, seeking permission to allow Opposition Chief Whip Mohan Majhi and Sambalpur MLA Jaya Narayan Mishra to attend the all-party meeting. But the Speaker later refused to accept it and sought another letter from the legislators of the party,” he said.

Government Chief Whip Pramila Mallick said that the BJP has all along been given the status of the main opposition party in the Assembly. The Speaker’s act based on the rules and therefore, he did not allow other member to replace the sick leader of opposition. “How any other MLA can replace the Leader of Opposition in the all party meeting,” she asked.

After the all party-meeting held ahead of the Winter Session of the Assembly commencing from 1 December, Speaker said the House will function for five hours a day in two phases. While the first phase will be held from 10.30 AM till 1.30 PM, the second phase will function from 4 PM to 6 PM on each working day.

There will be no business on 5,12,19 December and 26 December due to Sunday and on 25 December for Christmas.

The Speaker also informed the all-party meeting that the new rule on restriction on pandemonium during Question Hour and the Governor’s address, will be implemented from this session.

“All members of the House have been instructed not to create any ruckus in the House during Question Hour and Governor’s speech. Action will be taken as per the law if it is not obeyed,” Mr.Patro said.

He said the new restriction is imposed according to a resolution passed at the recently concluded 82nd AIPOC (All India Presiding Officers Conference) in Shimla.

Congress Legislature Party leader Narasingha Mishra said his party will demand an Orissa High Court-monitored SIT probe into the Kalahandi woman teacher’s kidnap and murder case and complicity of Minister of State for Home Dibya Shankar Mishra in it. 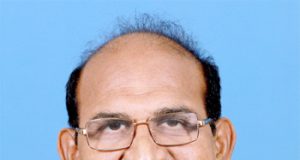