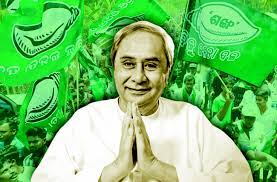 Bhubaneswar: As the results of the Zilla Parishad elections tick down, Governing Biju Janata Dal headed by Chief Minister Naveen Patnaik sweeps the three-tire panchayat polls leaving behind the opposition BJP and Congress much behind its tally.

The latest trend issued by the State Election Commission (SEC) said that the BJD had already won and was leading in 762 Zilla Parishad seats while BJP’s tally was just 46 and Congress’s share was 36 seats.

While Independents are leading in three seats, others are ahead in four other seats.

Of the 620 ZP seats results announced so far, the BJD secured 552 seats followed by BJP 31 and Congress 30. Independents and others share just 7 seats.

These votes were counted on the two previous days while the counting process was underway in 331 other seats on Monday.

Taking both the results declared and the trend, the BJD is heading towards a landslide victory in the panchayat polls after smashing its previous records.

Considering this trend, the BJD is likely to form Parishads in all 30 districts of the state, including the saffron party bastions of western Odisha, Mayubhanj and Malkangiri.

The BJD has almost reversed the results here this time with the trends indicating an 80 per cent win in these districts.

The results of the panchayat elections is significant as it will have an impact on the ensuing general elections for the Urban Local Bodies (ULBs) which is scheduled to be held on March 24, 2022.

Altogether 2.2 lakh candidates were in the fray and the SEC has already declared 36,523 ward members, 126 Sarpanchs, 326 Samiti members, and one Zilla Parishad nominee as elected uncontested.

On the serious drubbing in the rural polls, BJP MP from Bargarh Suresh Pujari said, the party must analyze the reasons of losing ZP seats in all the districts, particularly in the western region, considered as the strong bastion of the saffron party.

Union Minister Bisheswar Tudu, who had extensively campaigned for the BJP in Mayurbhanj district, blamed the State Administration for “influencing voters by using its government machinery”.

“I am surprised over the panchayat election results. It is hard to believe that the polls were conducted in a free and fair manner,” Mr.Tudu said.

BJP MP from Balasore Pratap Sarangi, however, described the election results as the reflection of money power.

According to political analysts, the distribution of smart health cards under the Biju Swasthya Kalyan Yojana by the BJD Government proved to be a game-changer in 2022 panchayat polls.