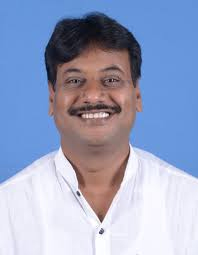 This action has been taken just few hours after a video has gone viral in which the MLA was thrashing a BJP leader of his Chilika constituency.

Though the party has not officially come out with a reason behind his suspension, a party insider said the MLA’s public rude behavior is the reason for this action.

Meanwhile, the Chief Minister has also removed Jagadev from the post of   chairperson of the District Planning Committee, Khordha with immediate effect.
The legislator is infamous for his ‘indecent’ behaviors. In August last year, a junior engineer had registered a complaint alleging misbehavior by Mr.Jagadev over booking a guest house.

Prior to that in 2016, he was in media limelight for allegedly assaulting a lady Tehsildar.  He had also beaten up BJP workers prior to 2019 elections at Manamunda in Boudh district.