New Delhi: Governing Biju Janata Dal (BJD) Thursday approached Chief Election Commissioner (CEC) here alleging ‘illegal electoral practices’ of the Bharatiya Janata Party (BJP) in the By-Poll of Dhamnagar Assembly constituency and demanded the intervention of the Election Commission of India to ‘stop’ such things while the BJP said that its workers engaged in campaigning were being harassed in the constituency by the police and local administration.

A BJD delegation in a memorandum to the CEC said that the BJP leaders and workers were also wilfully and maliciously tarnishing and defaming the image of Mission Shakti Women Self Help Group members which is ‘extremely sad and unfortunate.’

Citing specific complaints for the perusal of the State poll body, the party alleged that fake and fictitious videos are being ‘manufactured’ by State BJP leaders and being circulated in social media stating that Mission Shakti women self-help group members — popularly known as Mission Shakti Maa– are distributing money in this election.

The party said that Odisha has about 70 lakh women as members in six lakh Women SHGs.

“The Odisha BJP is not only defaming them and tarnishing their image but also doing a great disservice to the women of Odisha and the nation, especially at a time when they are growing economically and being champions of women’s empowerment,” the party’s memorandum said.

It said the statements by the Odisha BJP leaders defaming and tarnishing the image of the Mission Shakti women members saying that they were circulating money in the election marks a new low in electoral politics in India, the BJD said.

The memorandum further said that huge money power is being used by State BJP leaders and workers to influence the voters of Dhamnagar.

“Whenever the State BJP foresees its electoral defeat, as in the case of Dhamnagar Assembly by-poll, they Immediately start pumping illegal cash to influence voters. In the past several elections, including the 2022 Panchayat and urban local body elections, a huge cache of cash from Odisha BJP leaders have been seized,” it said.

“This is extremely shocking as it’s becoming a pattern by the Odisha BJP in any election in Odisha,” it said.

The ruling party delegation demanded that the Election Commission of India must intervene to ensure that the fake videos being circulated against the SHG members be stopped and State BJP leaders be restrained from tarnishing the image and defaming the 70 lakh Mission Shakti members of Odisha by making such baseless and false statements.

It also demanded strict action and strong vigilance in the constituency by the Election Commission of India to ensure that the Odisha BJP leaders and workers did not succeed in illegally influencing voters through money power. 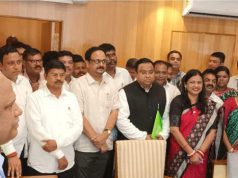 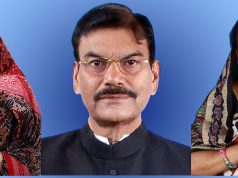 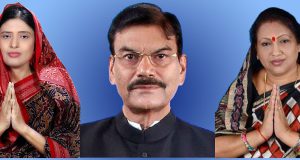 Tathya Correspondent - May 31, 2022 0
Around 69 per cent polling was recorded till 5 PM in the by-election to Brajrajnagar assembly segment in Jharsuguda district, where voting...