Bhubaneswar: The Governing BJD which will complete 23 years of its existence is going to celebrate its 24th Foundation Day on 26 December.

And the celebrations will be held in all constituencies and urban local body areas across the State.

However, Covid-19 guidelines will be strictly adhered to during these celebrations, said BJD Vice-President Debi Prasad Mishra.

Informing this during a media briefing here today, Mr.Mishra said before the state-wide celebrations, the party will hold its State Executive Body meeting on 20 December and Extended State Council meeting on 21 December at the State headquarters here.

Mr.Mishra said BJD under the leadership of Naveen Patnaik has emerged as the biggest political party in Odisha and one of the most popular regional parties in India during these 23 years.

The State Executive Body and the Extended State Council which will meet on 20-21 December are going to discuss a wide range of issues including organizational matters as well as political and economic issues.

BJD’s General Secretary (Head Quarters) Sanjay Das Burma who was also present during the press briefing said that both the meetings will be attended by all party legislators, MPs and all members of the State Council.

Apart from passing resolutions on political, economic and other issues, these two apex bodies of the party will discuss in detail forthcoming organizational programs and prepare a draft.

The two-day meeting assumes significance as responsibilities will be assigned to newly elected members of the party and the party will decide its strategy for the coming days.

These two apex bodies are also going to strategize on strengthening the party from the grassroots level in all 32 organizational districts. 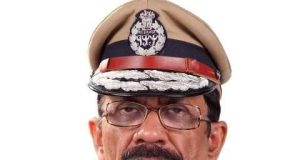