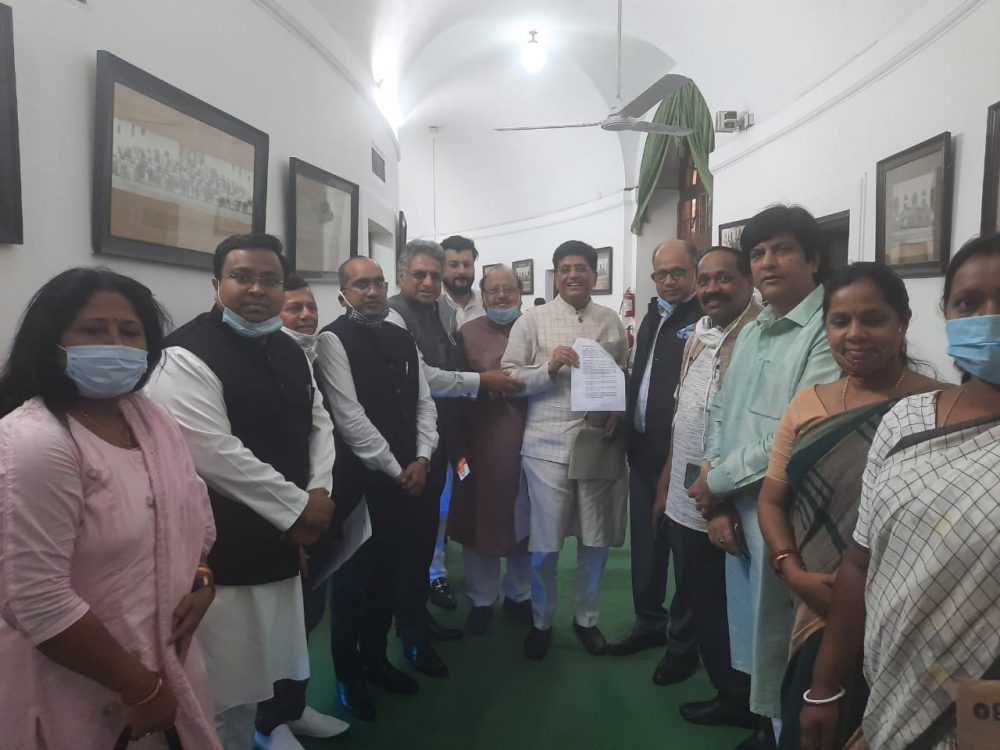 Bhubaneswar: Before the 2019 general elections, Odisha’s Governing Biju Janata Dal (BJD) was confident of playing a significant role in Government formation at the Center, despite being a regional outfit. The party bagged 12 of the State’s 21 Lok Sabha seats, and the BJD MPs’ number in Rajya Sabha is nine out of 10.

Although the party played a crucial role in the passing of several bills and forming the Central Government’s policies for the initial 18 months, the situation changed when the BJP mustered a comfortable position in Parliament’s Upper House. Immediately, the BJP’s stand changed, and it started viewing BJD led by Naveen Patnaik like any other party.

Odisha’s five-time Chief Minister was smart enough to read the mind of BJP, following which there have been remarkable changes in the functioning of the BJP MPs in Delhi.

The BJD, since its inception in 1997, has been securing a good number of seats in parliamentary elections. Its non-stoppable victory in subsequent Assembly elections kept the party’s position formidable in the Rajya Sabha too. Even today, the BJD has nine MPs in Rajya Sabha. Another was gifted to BJP by Naveen when both the parties were at the height of their friendship.

Keeping in view the changed working style of BJD MPs in Delhi, one can mark the Odisha Lawmakers’ pro-active roles. The BJD MPs frequently meet the Union Ministers and put forth the State’s demand at the right platform. The BJD also makes no delay in informing people that its MPs are working hard and putting their best efforts to upkeep the state’s interest. Meanwhile, the BJD MPs have met several Union Ministers like Piyush Goyal, Ramesh Pokhariyal Nishank, Prahalad Singh Patel, Pralhad Joshi and Smriti Z Irani.

On all such occasions, the BJD delegations advocated for more projects, additional funds and other genuine issues. In the entire process, the BJD had given Odias a clear message that it can also get things done at the central level. It is not Dharmendra Pradhan alone who has to be Odisha’s face in Delhi Durbar.

The BJD also gives a clear message to the people that the party is not weak, and there is no need to depend on BJP leaders and Union Ministers to accomplish things. Earlier, it was Chief Minister Naveen Patnaik alone who, during his holidays, rushed to Delhi and met the Union Ministers and the Prime Minister for some issues. Naveen also wrote letters to the centre for specific state issues.

However, in a changed strategy, Mr.Patnaik is writing fewer letters to the Center than before. The BJD Supremo now prods party MPs to chase the Central Government for the pending works. It is a fact that the BJD Lawmakers are not able to meet their leader in Odisha due to the COVID-19 factor.

But, BJD MPs get the opportunity to meet the Union Ministers. However, none of them has ever tried to meet the Prime Minister officially. All the BJD MPs’ activities, from meeting the Union Ministers to raising issues in the Parliament, are circulated among Odias, both in video and other formats. The sole objective is that the BJD wants to inform people that the MPs elected in the 2019 are pretty influential, and the voters have made no mistake by sending them to Lok Sabha.

However, the performance of the BJD in Rajya Sabha has outsmarted the Lok Sabha MPs. Prasanna Acharya, Sasmit Patra and Amar Patnaik’s performances are examples where people can judge their abilities. In Lok Sabha, the party MPs like Pinaki Mishra, Bhartruhari Mahatab and even Achyuta Samanta are being discussed at the national level.

What has come to the fore is that the size of BJD MP delegations is too small. The BJD, in total, has 21 MPs (12 in Lok Sabha and 9 in Rajya Sabha). However, none of the delegations that met the Union Ministers had all the 21 MPs. The strength of delegation is confined to 7-8 even not more than 12. At the same time, more than fifty per cent of Odisha’s forces are absent. It also gives a wrong signal that the BJD’s Parliamentary Party may not remain united as it used to be before 2019. Puri MP Pinaki Mishra replaced senior MP Bhartruhari Mahatab as the BJD’s Lok Sabha leader after the 2019 elections since Mr.Mahatab’s performance was noticeable.

Anyway, the BJD’s change in working style is undoubtedly a welcome move. This will mount pressure on the Central Government when a mass or delegations of MPs make one demand for the state. Though the BJD gains political mileage out of it, the state’s very purpose is not solved until all the 21 MPs move in one direction and not in groups.

The BJD’s Delhi strategy has also rattled the BJP stalwarts. The BJP Union Ministers, sources said, were not inclined to meet the BJD MPs for political reasons. For instance, the BJD MPs met Union Food Minister Piyush Goyal at the Parliament’s corridor standing. Nobody invited them to the Minister’s chamber for a detailed discussion on the issues. On the other hand, the BJP MPs led by Dharmendra Pradhan also met Goyal over the same paddy procurement issues.

The saffron party MPs were given a proper welcome and invited to sit in the Minister’s chamber for the discussion. Though none of the BJD MPs has made it an issue, some senior MPs feel humiliated and hesitated to meet the Union Minister in the corridor. “This is not the decorum to treat the MPs, maybe from the rival political party,” pointed out a senior MP. He said this might be a petty matter, but the Union Ministers should treat all MPs equally.

BJD MPs’ visit to Union Ministers and their meeting with the Central Government’s senior functionaries is undoubtedly a good move. The regional party’s voice and strength will be heard more if they move in one direction.

If possible, the BJD should also invite the BJP and Congress MPs to accompany them while meeting the Union Ministers and the Central Government for the state’s interest. This is the right direction. The regional party should further activate its Delhi machinery to extract more benefit for the state. This move will undoubtedly help the party motivate people that it means business. There is nothing bigger than the “Interest of the State.”

Braja Mishra - February 27, 2021 0
Bhubaneswar: Ever since neighboring Andhra Pradesh conducted rural polls in the Kotia cluster of villages under Potangi block of Koraput district in...