He passed away at a private hospital here on 2 June at the age of 67.

Veteran BJD leader had tested positive for COVID-19 in the first week of May this year.

Son of former Chief Minister Nilamani Routray, he was elected to the Odisha Assembly 6 times from Basudevpur constituency in Bhadrak district since 1990.

Bijayshree was the Minister Revenue and Disaster Management from 2014-17 and Minister Forest and Environment Department in Chief Minister Naveen Patnaik’s Cabinet in 2017-19.

In the previous Governments, Bijayshree held key Departments as Minister. Political leaders and people from all quarters of society have expressed deep grief over the demise of the veteran leader.

Chief Minister Naveen Patnaik and a host of prominent persons expressed deep sorrow over the death of Mr.Rautaray.

“His death is a huge blow to all of us,” he said in his condolence message.

The Chief Minister conveyed his deepest condolences to the bereaved families. 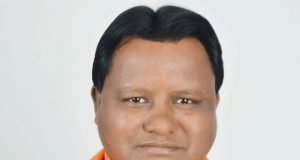 Tathya Correspondent - September 7, 2021 0
Bhubaneswar: Alleging the law and order situation has collapsed in the State, Opposition BJP and Congress in Assembly on Tuesday slammed the...