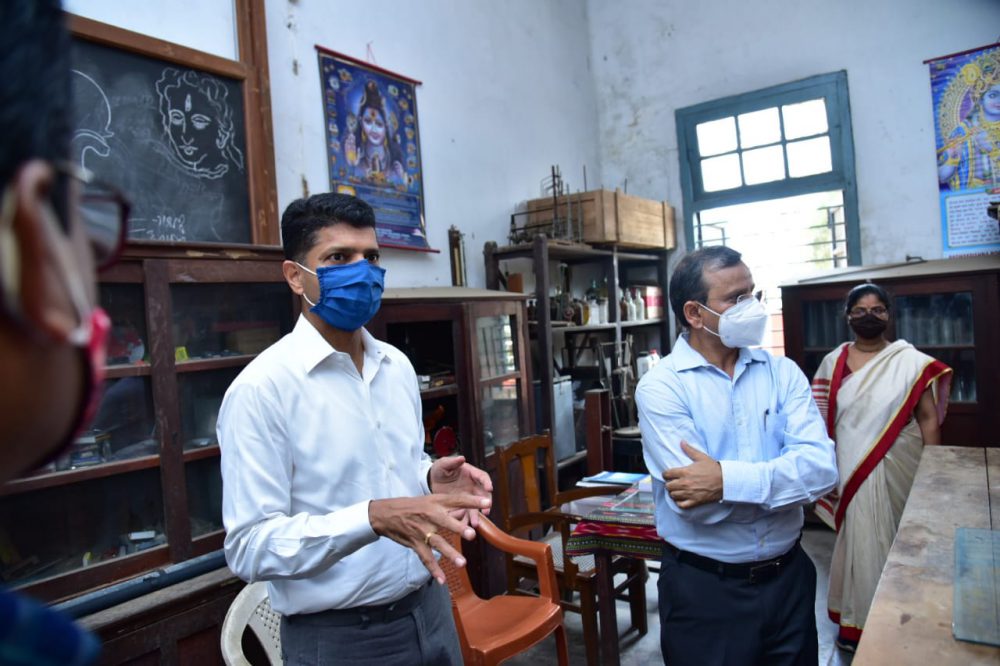 After Team of Top Mandarins presented a report on comprehensive development program for Balasore District to the Chief Minister, he took the decision.

Mr.Pandian visited the school and talked to teachers for modernization of the School System.

Secretary 5T is seen taking lot of interest in development of School Education in the State, said a senior official of School and Mass Education Department.

Team made an assessment of the basic requirements for all-round development of the city.

Replying to the media query after the visit and review Chief Secretary Mr. Mahapatra said that the Urban Zones require comprehensive development and accordingly the report will be prepared and presented to CM soon.

Team visited several places of the city and talked to officials and citizens to know their requirement.

During the visit, citizens pressed for City Lighting and Road Development and Team of Mandarins promised to take the issues with Chief Minister.

After that CM announced a package for the Balasore District, officials say.

Tathya Correspondent - December 31, 2021 0
Bhubaneswar: The Odisha Government has announced slew of measures for the teachers and other staff on the eve of New Year 2022.