Bhubaneswar: Odisha Cricket Association (OCA) led by President Pankaj Lochan Mohanty has welcomed the cricket stars to Odisha, when the players of India and South Africa teams on Friday arrived in Bhubaneswar for their match.

After reaching here at Biju Patnaik International Airport, the teams and their officials were escorted to Mayfair Hotel & Resorts amidst tight security arrangements. Hundreds of cricket lovers gathered at the airport and along their route to get a glimpse of the Indian players.

At their arrival at the hotel, a traditional welcome was given to all of them. Functionaries of the OCA led by President Mr.Mohanty presented a warm welcome.

With this, the much-awaited cricket fever has returned to Odisha after nearly three years.

Barabati stadium, the only cricket international standard stadium of Odisha, is all set to host the T20 international match between India and South Africa on 12 June.

Stating the Barabati stadium is all set to host the T20 international match, oca President Mr.Mohanty said, “Today both the teams have arrived in Bhubaneswar. After having lunch, they will take a rest today. Both the teams will go for net practice tomorrow.”

“If in case of rain, the entire ground will be ready for the match within half an hour. We have procured full ground cover, two super soakers and hired skilled technical manpower to drain out water, if there will be rain during the match,” said the OCA President.

As India lost the first match of this ongoing T20 series, Mr.Mohanty hopes that India will win the second match to be played at Barabati. He also prayed that weather should not disturb the match.

Commenting on the heavy rush and long queue of people to get a ticket for the match, the OCA President said, “We have a population of 4.5 crore. However, the seats are very limited and day by day cricket lovers are increasing. So, it is obvious that such a rush will be there before the ticket counter.”

Earlier in the day, the Odisha DGP Sunil Bansal and other senior police officials took stock of the security arrangements at the ground.

Mr.Bansal said the preparations to make necessary arrangements had started one month back by holding coordination meetings with all the stakeholders.

“All security arrangements have been made for the match. Mock drills have also been conducted. The spectators should come and watch the match in peace for which their coordination is also needed,” said DGP.

The Directorate of Fire Services has also made special arrangements to ensure a fire proof event. As many as 176 fire service personnel led by chief fire officer along with 117 fire extinguishers and 12 vehicles have deployed for the international match.

Meanwhile, special arrangements have been made at the hotel to ensure a comfortable and enjoyable stay for the players of the two teams and match officials.

A lavish spread of authentic Odia food along with south Indian dishes is being laid out for team India and the Proteas.

Hotel Mayfair where both the teams are staying has planned the menu for the 4-day stay of the players as per diet charts received by the management.

According to sources, the players of both the teams will be served low-calorie sweets, dosa, uttapam, idli, puri in their breakfast.  Besides, traditional Odia dishes like chakuli, kakara, manda and chenapoda are also there in the menu.

“We have made platters to welcome the players which will have their photographs on it. The players will be served with sugar-free cakes and welcome drinks upon their arrival at the hotel,” Mrudal Mandal, head chef of Hotel May Fair said.

Besides, seasonal fruits, and varieties of fruit juices will be offered to the players of the teams. There are Italian, Mexican, Continental and Indian cuisines along with traditional Odia delicacies in the menu, he added.

In the meantime Odisha Cricket Association (OCA) has said that the total allotted 12,093 tickets went on sale from morning 9:00 AM and ended within the scheduled time.

Hence, there is no tickets available for sale in the counters for tomorrow, said OCA.

He said the ticket sale for the upcoming 2nd match between India Vs South Africa in the SOUTH AFRICA TOUR OF INDIA T20 SERIES 2022 scheduled to be played at Barabati Stadium, Cuttack on 12 June 2022 for general public started this morning at various counters in the premises of the stadium and got over by the day end.

However, the ticket redemption counters will still continue as per the schedule and people who have availed the online tickets can receive the physical tickets from their respective redemption centres that they have opted during the online booking process. 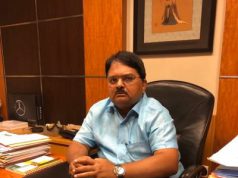