Bhubaneswar: The verdict of voters of Dhamnagar Assembly constituency in Bhadrak district will be known on Sunday as the Election Commission is all set to declare the results following counting of votes.

The voting was conducted on November 3 at 252 polling booths and 68.98 per cent polling recorded in the by-poll.

Though the number of female voters in the Assembly constituency is lower than the male voters, more women voters turned out to the booths than the males. It shows that women voters are going to play a crucial role in this election. This may help the Governing BJD.

Apart from the three major political parties, BJD rebel candidate Rajendra Das and Pabitra Mohan Das are in the race for the MLA seat.

How much votes Raju Das and Congress candidate gets will decide the result in the by-poll.

Counting to the Assembly constituency will take place at Sanskruti Bhawan adjacent to Collectorate Bhadrak. The counting will start at 8 AM as per schedule communicated by ECI.

As a first round, the Postal Ballot Counting will be taken up. From 8.30 AM onwards, counting from votes polled in EVMs will be taken up, said Chief Electoral Officer (CEO) SK Lohani said.

There will be 18 rounds of counting as 252 booths are there in the AC. Lastly, the counting from VVPAT of randomly selected 5 booths will be taken up for cross verification, said the CEO.

He further informed that the ECI has deputed an observer to oversee the entire counting process.

Every counting table will have a counting supervisor and one assistant. In addition, one micro observer belonging to the Central Government will also be deputed who will report to the observer. Proper arrangements have been made for dissemination of round wise results.

To ensure a free and fair counting, a three tier security arrangement will be in place with the innermost layer of CPMF, thereafter state armed police and then Odisha Police to manage the outermost layer, said Lohani.

Apart from the announcement of results at the venue, the same will also be available to the general public through the website results.eci.gov.in. At CEO office arrangement is being made for disseminating round wise results to the media. 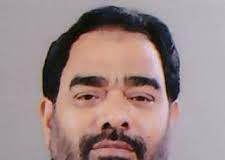 Tathya Correspondent - September 7, 2022 0
Bhubaneswar: The health insurance coverage for both the present and former MLAs and their spouses has raised from Rs 5 lakh to...