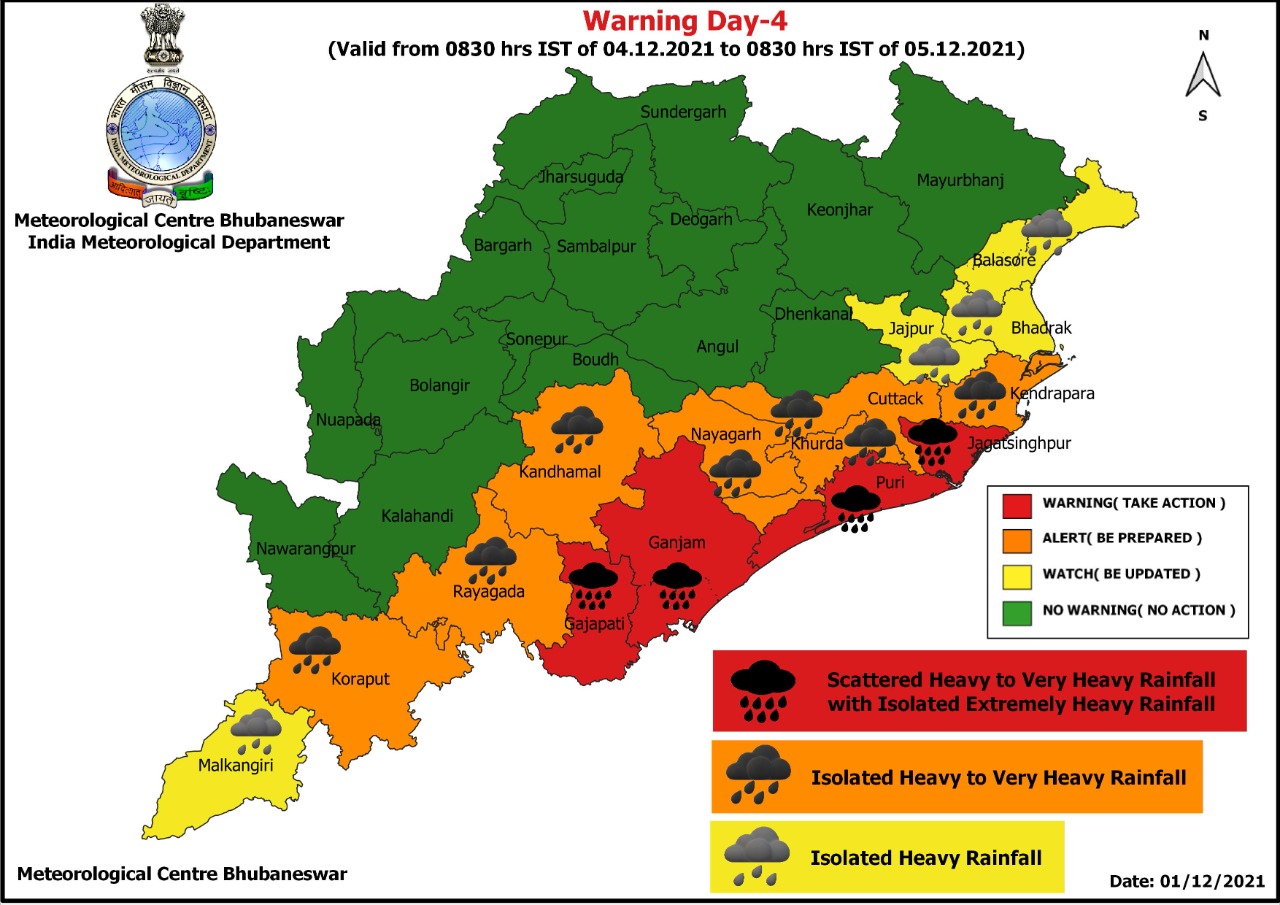 Bhubaneswar: In the wake of the upcoming cyclone, the Special Relief Commissioner’s office has issued an advisory to Collectors of all districts to remain on high alert.

The districts under Orange and Yellow warning have been asked to remain prepared to meet any water logging or localised flood-like situation including urban areas and possibility of landslides in hilly areas.

The Collectors have been asked to continuously monitor low lying areas and carry out dewatering activities wherever necessary on urgent basis. Similarly, the Control Room should function round-the-clock, the advisory stated.

The fishermen have been advised to not venture into the southeast and adjoining east-central Bay of Bengal on December 2 and 3, west central and adjoining northwest Bay of Bengal and along and off North Andhra Pradesh – Odisha – West Bengal coasts during December 3 to 5.

“The fishermen advisory needs to be strictly implemented in coastal districts and the stituation & rainfall reports should be updated with the State Emergency Operations Centre regularly,” the advisory further stated.

The sea condition would become very rough and squally wind speed reaching 45 to 55 kmph, gusting to 65 kmph will be witnessed on December 3.

The wind speed would reach up to 80 kmph gusting to 90 kmph on December 4 morning, the advisory stated.

The model also indicated further northeastward movement of the system along the coasts of Odisha and West Bengal with gradual weakening up to 1200 UTC (5:30 pm IST) on December 6.