Bhubaneswar: “Tourism Development stands as a ‘Priority’ for Odisha and the State has  worked on it over the last two years. Through the Eco-Retreat initiative, we want to highlight and showcase some of the hidden gems of the state,” Vishal Kumar Dev, Principal Secretary Tourism and Sports said.

The Eco-Retreat initiative was started by Odisha a year ago with one location-Konark. The success of the programme led the State Government to add four more locations this year – Daringbadi, Satkosia, Bhitarkarnika and Hirakud.

While the Eco-Retreats are a once-in-a-year phenomenon, Odisha has a vibrant ecotourism scene that can be enjoyed throughout the year.

According to DCF Eco- Tourism Anshu Pragya Das, the state’s eco-tourism programmes give nature tourists an opportunity to experience wild landscapes in a sustainable way.

Owing to the permanent nature of eco-tours, the government has developed the programme in a community model by involving the local forest dependant communities, to manage the tours.

The government renders its support by providing hospitality training to the members of the local communities.

“We have 47 eco-tourism destinations which have 350 rooms that are managed by forest dependant local communities.

“Odisha has 40 per cent forest coverage and at least 50 per cent of the population resides within or nearby forest areas. Currently, at least 600 households have been engaged in maintaining these destinations,” Ms.Das, Deputy Conservator of Forests Eco-Tourism said.

We also have programmes like poachers-turned-protectors, where individuals who were once poachers are now engaged in forest preservation activities, she added.

Odisha’s latest claim to fame has been bagging the Blue flag for its Golden Beach in Puri.

The certification is a globally recognised eco-label given by the Foundation for Environment Education, Denmark. It has 33 stringent criteria, including water quality, environment management and conservation, to be complied, based on which a beach is certified and permitted to hoist their flag in these beaches.

The work on the 900-metre long beach had begun in June 2019, and after a year long renovation, the application for the Blue Flag certification was filed in March 2020.

The Golden Beach in Puri was awarded the Blue Flag in October 2020.

One of the major reasons why the Golden Beach bagged the certification was its efficient waste management system.

“All the toilets on the beach premises are bio-toilets. There is proper segregation of waste, where all kitchen organic waste is converted into compost which is in turn used to fertilise the plants on the beach.

“There is regular cleaning on the beach and all plastic waste is collected and sent to Kanpur for recycling,” Niranjan Kanda, supervisor at the beach, said.

The beach has also been beautified with benches and recliners all of which have been made out of bamboo sourced from Tripura.

To ensure cleanliness on the beach, Kanda said regular announcements are made throughout the day.

After the success with the Golden Beach, which currently receives “at least 2,000 visitors over the weekend”, the Odisha Government is aiming at renovating more beaches in the state to meet the Blue Flag standards.

“We are looking at five more beaches to be upgraded to Blue Flag standards. Those are Banki Mohan, Niladri and Sterling beaches in Puri, and Harper and Pati-Sonapur beaches in Ganjam,” Mr.Dev added. 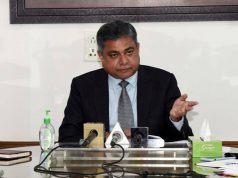 Tathya Correspondent - December 27, 2020 0
The Incredible India Installation in Reliance Mall, Borivali will also showcase the tourism potential of Odisha.  As Odisha is...