Fall in revenue collection and shrinking central grants has turned out to be a major concern for the State Government.Slowly and steadily revenue collection is falling and flow of grants from Union Government is slowing down, officials admit. As comparison of revenue collection in August and September is now available, it shows both revenue collection and grants from center has gone down, leaving the Government in a state of worry. Budget Estimate for Revenue Receipts for 2020-21 was Rs.1,24,300 Crore and in first six months of Fiscal has come to Rs.45,549.29 Crore, which is only 36.64 Percent. While total Revenue Receipts in August were Rs.7494.16 Crore, it has gone down to Rs.5640.54 Crore, which has resulted in a negative growth of 7.13 Percent. Grants from Centre during August was Rs. 2006.47 Crore, which has gone down to Rs.279.15 Crore and this was an unexpected fall as there is hardly any cause for such a severe cut down in grants from centre. Budget Estimate shows that Odisha was expecting grants from center to an extent of Rs.32,000 Crore and by 30 September, State has received only Rs.12,302 Crore. Both Own Tax and Non Tax Revenue collection has also gone down as compared to August and September, 2020. Budget Estimate shows that on both Own Tax and Non Tax Revenue count Odisha was targeting Rs.56,000 Crore and by 30 September it has been able to collect Rs.21,214.13 Crore, which is only 37.88 Percent. While in August, both Own Tax and Non Tax Revenue collection was Rs.3545.07 Crore, which has gone down to Rs.3418.79 Crore. So far Non Tax Revenue is concerned, collection in August was Rs.1104.95 Crore, while it has gone down in September to Rs.898.07 Crore. On Own Tax collection front there is a slightly rise in September as compared to August. While in August Own Tax Collection was Rs.1591 Crore, it has risen to Rs.1647.37 Crore. However with Non Tax Revenue collection sliding in September, overall both Tax and non Tax collection has shown a negative trend, experts say. Mineral Sector, which was expected to provide major support, of late offering less collection of revenue as compared to the month of August, officials admit So far Share Tax collection is concerned it has remained same level as August with Rs.1942.61 Crore. Major concern for the State is flow from Centre has been going down drastically and to sustain spending for development and health care in COVID-19 Pandemic is likely to create imbalance on fiscal front, experts opine. While COVID-19 has created financial uncertainties in various sectors, drop in central grants has added to the worry of the State Government. Experts admit that State Economic Parameters will certainly decline with fall in revenue collection and loss in central grants. And to sustain the growing demand for spending in Health, Infrastructure, and Livelihood Sectors, the state Government will have to opt for more Market Borrowings, which the State has been successfully avoiding with prudent Fiscal Planning and Budget Management, experts opine. 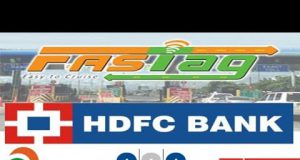 Tathya Correspondent - November 8, 2020 0
Union Ministry of Road Trasport & Highways has issued a notification making FASTag mandatory to be available by 1 January 2021 in...