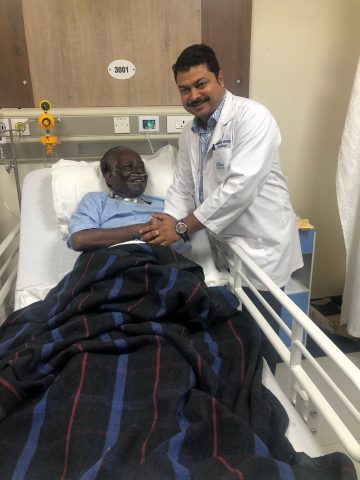 Bhubaneswar: Doctors at SUM Ultimate Medicare here battled for 57 days to successfully turn around a 79-year-old man down with severe pneumonia.

Nikunja Kishore Das was admitted into the hospital on September 23 with fever, shortness of breath and bilateral pneumonia.

The patient was immediately admitted to the ICU and put on non-invasive ventilation. As he already had multiple co-morbidities including diabetes, hypertension, hypothyroid, chronic kidney disease (CKD), arterial fibrillation and had undergone angioplasty it made handling of the case tricky.

Administration of antibiotics and other medication gradually improved his condition and within two weeks he was shifted to a cabin, Dr. Anand Mishra, Senior Consultant, Critical Care, in the hospital, said.

However, after spending two days in the cabin, he started to show irregular heartbeat, urinary bleeding and had difficulty in breathing due to which he was shifted back to the ICU and was put on ventilator. He also required dialysis and other blood products multiple times due to renal failure and low hemoglobin.

In addition, the patient had a floating blood clot in the neck vain. Medication was given to control the heart rate irregularities.

Unanticipated complications during the course of treatment process made it more challenging, he said adding it was difficult to wean the patient from the ventilator due to his cardiac and renal co-morbid conditions, but it was gradually achieved over the next few days and the tracheostomy was closed.

The patient was shifted back to the cabin with one liter oxygen support. Regular physiotherapy and proper diet plan helped in early recovery post tracheostomy closure.

The patient was finally discharged from the hospital after a stay of 57 days.

Round the clock vigil by ICU team and daily care plan by the multidisciplinary team helped to win the battle while repeated counseling of family members with a positive attitude was the core element for successful outcome of the treatment, Dr. Mishra said. 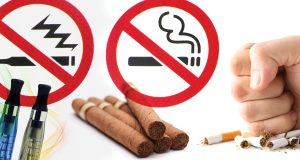 Tathya Correspondent - April 16, 2022 0
Bhubaneswar: In a bid to have dialogue on various strategies with focus on strengthening the national and state policies, and building a...