Bhubaneswar: In an aim to ensure mobile connectivity to every village of Odisha, the Centre would install about 4,000 mobile towers in various places across Odisha very soon, said Union Telecom Minister Ashwini Vaishnawhereon Sunday.

Addressing a press conference here, Mr.Vaishnaw said nearly about 6,000 villages in Odisha have remained out of mobile connectivity due to lack of mobile towers.

So, in December last year, Prime Minister Narendra Modi had sanctioned a proposal for installation of mobile towers at 3,933 sites in the State, he said, adding in some places, one site will cover more than one village. An amount of Rs 3219 crore would be invested for this purpose, he said.

“There is a clear instruction from the Prime Minister that not a single village of Odisha should be left out from mobile connectivity. The PM has asked us to conduct a survey and come out with a Cabinet note, if any village has still left out. This is what we called Mission Purvodaya,” the Minister said.

He said the BSNL, which went bankrupt during the UPA government regime, is being revived by the Modi government.

“For the first time, the BSNL has come to operating profit level during last year. This happened because, Modi had first approved a package of Rs 90,000 crore in 2019 for the revival of BSNL and MTNL. Now, in this year, again Rs 45,000 crore has been allocated for the two telecom companies to uplift those to the next higher level,” Mr.Vaishnaw said.

Further, the Prime Minister has instructed to develop 4G and 5G technology in India. While 4G technology has already been developed and in testing stage while the 5G technology for both phone and radio networks will be developed soon, he informed.

On the allocation in the Union Budget 2022-23 for development of railways in Odisha, Mr.Vaishnaw said the State has been sanctioned more funds under the BJP government at the Centre than the UPA rule.

In this budget, he said, Modi has allocated a historic highest amount of Rs 9,734 crore for development of railways in Odisha. He further said that 12 railway stations of Odisha will be upgraded. 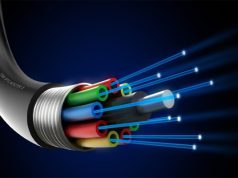 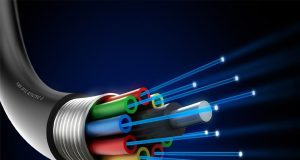 Tathya Correspondent - February 4, 2022 0
New Delhi: The State Government has recently submitted a proposal to Centre to provide internet facility to every household under the Ghar...