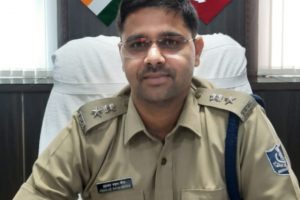 Malkangiri: There was an exchange of fire that took place near Badlipahad village along the Malkangiri-Koraput border in the State in between operational teams comprising of DVF & SOG commandos & armed cadres of Maoists.

Operation is still continuing in the areas. Arms, ammunitions & other Maoists articles have been seized during the anti-Maoist operation, police said.

A top Andhra Pradesh-based Maoist leader Suresh Surana, who was camping in the region, however, managed to flee.

Acting on intelligence inputs, a team of jawans from district voluntary forces, special operations group and the BSF launched a search operation on Wednesday at Badili hill, where the naxals were camping, Malkangiri SP Prahalad Sahai Meena told reporters during a press meet here.

The Maoists, on seeing the security personnel approaching them, opened fire, leading to a gun battle between the two sides which lasted for around two hours.

“Suresh Surana, a top CPI (Maoist) leader from Andhra Pradesh, managed to escape the area along with his accomplices. They are suspected to have fled to the neighbouring state,” he said.

One gun, six live cartridges, four detonators, two walkie-talkie, uniforms and posters were recovered from the Maoist camp during the operation. “We have intensified search operations in Malkagiri along the Andhra border,” Mr.Meena added.

Tathya Correspondent - December 27, 2020 0
DGP Abhay said that there has been a significant decline in Maoist violence and resultant deaths in Odisha in 2020.