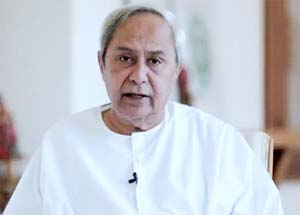 Bhubaneswar: The State Government has started taking steps to manage floods in the Mahanadi river system.

Due to very heavy rainfall in upper and lower catchment areas of the Mahanadi river system, flood-like situations arise in 10 districts.

The state has witnessed torrential monsoonal rain in the catchment areas due to the week-long low pressure and depression, attracting rain bearing clouds.

Holding a high-level meeting to review the situation, Chief Minister Naveen Patnaik asked the Collectors of the 10 districts to remain alert and take all possible steps to tackle the flood situation.

The state government’s policy for all disasters is ‘every life is precious’. So, he instructed the officials to ensure zero causality in the floods and people will not face any major problem due to the disaster.

The Chief Secretary and the Special Relief Commissioner (SRC) were asked to regularly review the flood situation. He also instructed the fisheries and animal resources development department to protect the livestock during the flood.

He further instructed the concerned department officials to ensure uninterrupted power supply, healthcare service and water supply to the people in affected areas.

The district collectors have been asked to close the schools and other educational institutions in the vulnerable areas, if required, said Jena.

“The flood situation in the Mahanadi river system is grim. The next 48 to 72 hours are critical for the state as about 12 lakh cusec flood water will flow at Mundali barrage near Cuttack and the water level in other connecting rivers will remain at about 10 lakh cusec,” Mr.Jena said after Patnaik reviewed the situation.

Water level in Hirakud reservoir crossed 626 feet against the full reservoir level of 630 feet by 12 noon alarming the officials as the Mahanadi river system turned grim. Out of 64 sluice gates of Hirakud Dam, 31 gates opened for discharging flood waters from the reservoir.

Efforts are on to maintain maximum water level within 12 lakh cusec in order to keep it within a medium flood range. The water level in different gauge points will fall after the peak situation passed in the next 48 hours, the Special Relief Commissioner said.

The SRC said that the water of Tel river, a tributary of Mahanadi will now decrease and be within 3.5 lakh cusec as against the earlier estimation of 5.5 lakh cusec as there has been no rainfall in the Indravati river basin in the last 24 hours. This may help in opening more gates of the Hirakud dam, he said.

The overflow from the flood has entered villages, agricultural fields and is flowing over different bridges in the districts of Sambalpur, Subarnapur, Boudh, Cuttack, Khurda, Jagatsinghpur, Kendrapara and Puri districts, he informed.

Embankments at many places have been breached along the Mahanadi river and its tributaries, major one being at coastal Jagatsinghpur district. 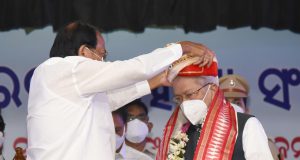